Close to one billion people live in conflict zones around the world, many of them in areas under rebel influence. Research on civil war shows that rebels often engage in governing localities under their control by creating institutions and practices intended to shape the social, political, and economic life of civilians. However, we lack knowledge about why rebel governance is more responsive to civilians in some areas than in others. This study addresses this research gap by developing and testing a novel theoretical framework for explaining local variation in rebel responsiveness. Rebel responsiveness refers to the degree to which the rebels are soliciting and acting upon civilian preferences in the way in which they govern. The empirical investigation focuses on rebel governance by the Forces Nouvelles in Côte d’Ivoire between 2002 and 2010. To assess and refine the theoretical framework, the study conducts in-depth case studies of four localities: Odienné, northern Man, southern Man, and Vavoua. While the four areas shared several characteristics and were all governed by the Forces Nouvelles, rebel governance was responsive in Odienné and northern Man, but unresponsive in southern Man and Vavoua. The case analyses build on original and extensive material collected through interviews and in Ivorian archives. The study also tests the argument through a complementary quantitative analysis of 162 rebel-held areas in Côte d’Ivoire. The main conclusion of the study is that rebel governance was more responsive in areas with strong local elites than in areas with weak local elites. Strong local elites have extensive control over access to resources and enjoy high levels of social authority, which enables them to mobilise local citizens to either cooperate with or resist the rebels. This combination of cooperation and civil resistance incentivises rebels to make their rule more responsive towards civilians. The study refines our conception of rebel governance, generates new knowledge on the causes of rebel responsiveness, and sheds new light on how local elites and citizens shape rebel rule. Taken together, the findings have important implications for the protection of civilians in civil war. 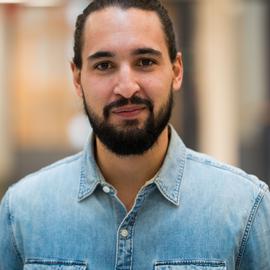